Wow, what a day yesterday was. A day of many firsts. A very firsty day!

To start out, it was the first time my boss offered to buy lunch since I started this whole vegan thing.  He doesn’t know of my drastic lifestyle change and is probably chalking it up to a new year’s resolution fizzle-out diet.  When he asked what sounded good, I just told him anywhere that has salad (so pretty much anywhere), so he recommended Subway.   I was excited at the idea, as that meant I could create a salad of whatever I wanted… until I got there.  I was so disappointed in the variety of veggies available,  not to mention the cost of the veggie salad is $5 when you can get a foot long sub loaded with meat and cheese and all the veggies you want for $5.  I had to settle for a salad with iceburg lettuce, spinach, tomato, cucumber, and black olives, and red wine vinegar.   I didn’t want pickles or pickled peppers or green peppers or onion on it.  Fresh onions make my stomach unhappy.  I simply don’t like green peppers.  And I wasn’t feeling pickles on my salad.  Fear also struck, because salads never keep me full for long, even when they have chicken and cheese and boiled egg on them.  I fortunately realized I had black beans at the office, since I had brought my own lunch, and added them to my sad little salad when I got back.  I was thrilled to find that I stayed full until time to leave!  Hooray for making lunch with others work!
PS: Subway, please add more variety to your veggies for those of us trying to eat healthier!  Mushrooms, multi colored peppers, lettuce variety, nuts, seeds, beans, maybe even sprouts!  You’re in every little town, but shops like you that do offer better variety aren’t in every little town, like mine.  You talk a big game about health and weight loss; back it up with healthier offerings!  Maybe even some whole grain bread.

The next “first” was shopping for groceries as a vegan.  It was so exciting! We have been shopping almost exclusively at Aldi for months because it saves so much money. They also have started having more and more organic options, which we really appreciate.   Our only problem is the limited variety available, including their fresh produce.   So we got to shop at Wegmans for the first time in a long while!  After shopping at Aldi for so long, I was overwhelmed with the variety, but in a very pleasant way!  The most difficult part was still making budget-friendly choices when there were so many options we don’t normally have.

My husband kept picking up the larger packages of produce because they were cheaper in the long run, but I knew part of it would go to waste.  I tried to explain to him that just because it was cheaper per piece, that didn’t mean we should spend more now to buy it. We dont have more money to spend now.  Maybe next week we’ll be making more money.  That line of thinking goes against how we’re both used to thinking, but we managed to reign in the spending for this week and ended up with quite a lovely haul.  Apples, oranges, bananas, grapes, pears, tomatoes, cucumber,  carrots, brussels sprouts, rice noodles, quinoa, spring roll wrappers, frozen peas, frozen green beans, frozen corn, frozen broccoli.   It was all so beautiful!

When I got home I made some oven-roasted radishes, loosely following the recipe from Spoon Fork Bacon that I’d found on Pinterest.  I added some basil just for kicks.  They turned out ok, but it turns out I’m picky about the use of lemon in some dishes.  Next time I’ll omit the lemon and jazz up the seasoning a bit.  I also think the radishes I used were poor quality. It seemed that each bite had a different flavor, some more unpleasant than I prefer.

While the oven was warm (and warming my frigid kitchen!), I decided to roast some chickpeas.  They were fantastic!  I’ll maybe make more tonight and actually measure spices so I can post my recipe.

So after having a satisfying little meal, I chopped up my first (of many to come) little veggie lunchbox.  Complete with carrot sticks, cucumber slices, quartered brussels sprouts, and cherry tomatoes,  I hope to enjoy it for lunch today with a pear!  I’ve not had raw brussels sprouts before, but I imagine they’ll be pretty good.

So after an important firsty day, I’m feeling very confident!  I can eat fast food, with others!  I can shop for real food while remaining budget-conscious!  I learned a new way to eat the unfamiliar-to-me radish!  I have a go to snack when I want a little crunch, with chickpeas!  I can make up nice little veggie lunch boxes to bring to work for lunch or a snack!  So many options! 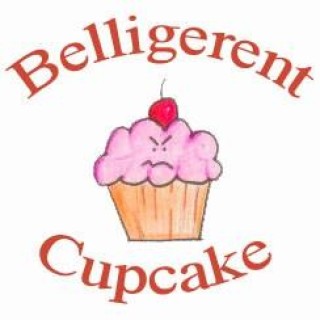 I'm the owner of Your Family Dog, LLC and provide positive, in-home dog training in the NW Indianapolis area. We have 3 amazing dogs that we love to pieces and we love to travel! I am doing my best to cut the crap out of my life - chemicals, processed foods, GMOs. Trying to live a healthy, happy, natural life!